This project designed a robotic system which can solve a randomly scrambled Rublik’s 3x3 cube. This robot uses Android OS as the computing platform and STM32 as the controller. Both communicate via Bluetooth and then control the robot arms to solve the Rubik’s Cube. Different from the way of color recognition based on RGB color model, here introduced k-nearest neighbors algorithm (k-NN) in color recognition, which eliminated the influence of light intensity on recognition, so that the rate of color recognition reached a very high precision. Kociemba algorithm has the least steps to solve the cube, with an average of only 21 rotations, and it can be figure out in milliseconds. The introduction of Kociemba algorithm greatly shorten the solution time. In addition, the binary tree model is used to optimize the solution steps, which significantly reduces the execution time of the servos. The ideas of the pulse increment interpolation in CNC system also applied to optimize servos control, which achieve a good balance between speed and stability. 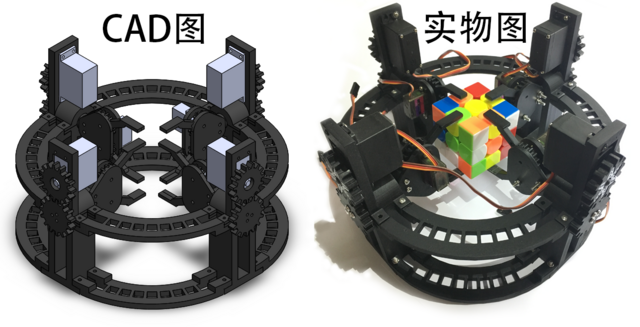 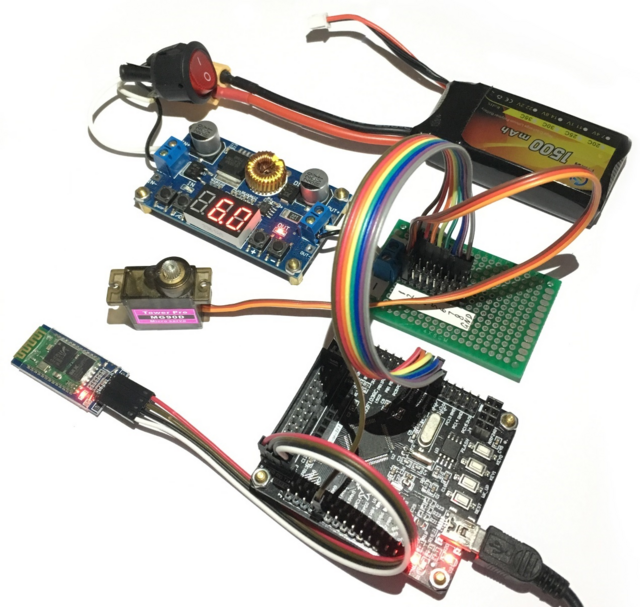 You can print them all using a 15-20% infill and walls of 1mm. Layer height of up to 0.3mm is fine. It’s recommended to print parts one by one, especially the bigger ones, so you don’t have to start again more than one piece when one of them fails. 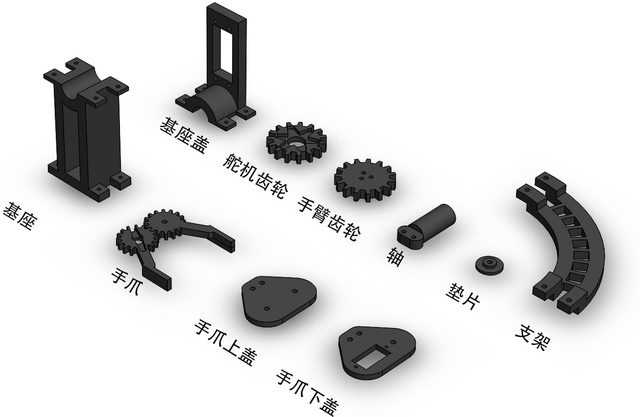 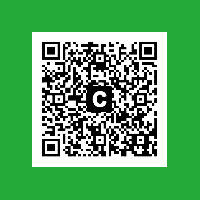 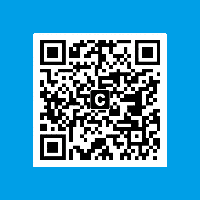 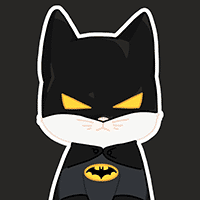